A History of the Driver’s License 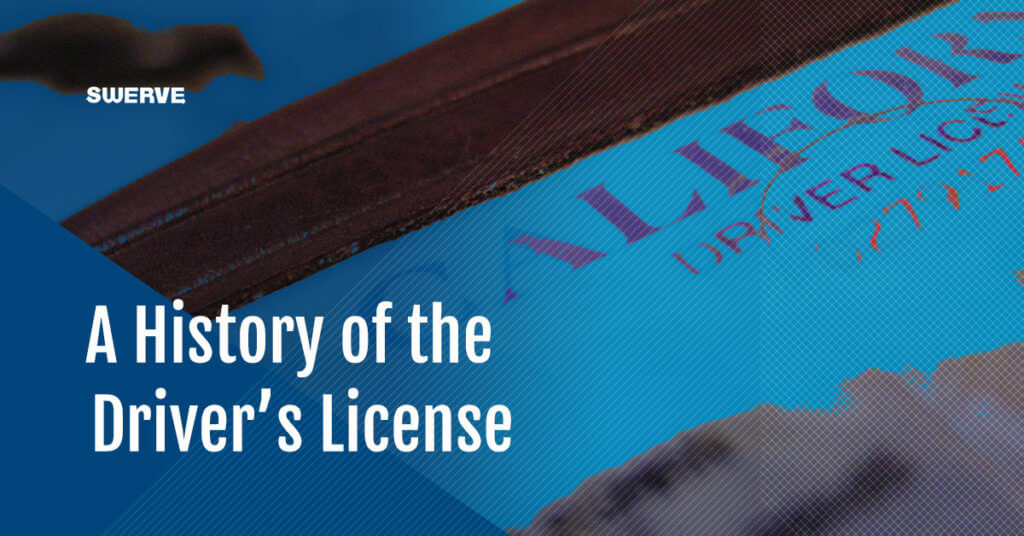 1899: The first driver’s license is issued in Troy, New York. Without an official department of motor vehicles, the mayor of Troy signed a letter, giving the driver of a horseless carriage permission to drive their vehicle up to 6 miles per hour on city streets. Chicago also required a certification to operate a steamer vehicle.

1900: The first woman becomes a licensed driver. Anne Rainsford French Bush drove a “four-wheeled powered by steam or gas”. Life Magazine reported that she was a great driver too, never getting so much as a dent in her vehicles.

1903: New York starts requiring a registered certificate to operate motor vehicles. Each license cost a driver $1 and must be carried while driving. Massachusetts and Missouri join the list of states requiring licenses too.

1909: The first age restriction is enacted in Pennsylvania. All driver’s were required to be at least 18 years old.

1913: The driver’s license becomes a little harder to get in New Jersey as they begin to require a written exam of “seven or eight general questions” and a road test. The state’s vehicle commissioner felt confident that other states would also require testing to make roads safer for everyone.

1919: Michigan is another state that joins requiring licenses, which are renewable every year. Michigan is also the first state to move from regular paper licenses to linen-backed paper permits.

1921: Connecticut reduces the age from 18 to 16 to hold a license. The first version of graduated licensing laws are also introduced which laid the foundation for many of the licensing laws that states have today.

1924: Up until this point, not all drivers were required to be licensed in New York State, but in 1924, that changes. No matter what type of vehicle is being driven or how often they drive, the driver must have a valid driver’s license.

1925: New York State begins the learner’s permit requirement. The 3-month permit is a temporary license that requires the holder to have a licensed driver in the passenger seat, giving driving guidance.

The 1930s: Driver’s education courses are created to be standardized for all drivers.

1935: The driver’s license changes again as Texas creates a form to monitor driving violations. Each license comes with perforated sections, allowing the police officer to remove a section each time a driver gets a violation.

1958: Another modern change to the driver’s license comes as California adds a photograph of the driver.

1959: After 240 people die on the roads, South Dakota requires a written exam to their licensing process. They also drop the driving age to 14 and field sobriety tests are introduced.

1972: California changes up the license photographs by making them colored.

1983: The United States hits a milestone of 1/3 of all drivers in the country being younger than 30 years old.

1995: Florida introduces graduated licensing laws as they are currently known. Teen drivers across the country begin getting some form of these graduated laws from this year on.

Each state has their own required driving age. The state with the oldest minimum driving age is New Jersey at 17, but multiple states allow driver’s as young as 14 to get a license.

Approximately 95% of adults in their 60s have a driver’s license. Not only does this show how much people rely on driving, but it demonstrates the need for independence.

Driver’s licenses are the current standard form of identification for entrance to venues, airline travel, and voting.

The Future of Licensing

While the license has changed over the last century, there are still basics that remain the same. As technology changes, many people speculate that driver’s licenses will become more digitized, allowing people to carry their license on their phone. Perhaps licenses will become useless with everything being linked to facial recognition databases.

Another question that has come up is what licensing will be required in driverless cars? Will they be required and if so, what will that process look like?

There are many ways that licensing can go in the future, but for now, driver’s licenses are here to stay.